My Hands On Introduction to Animal Husbandry 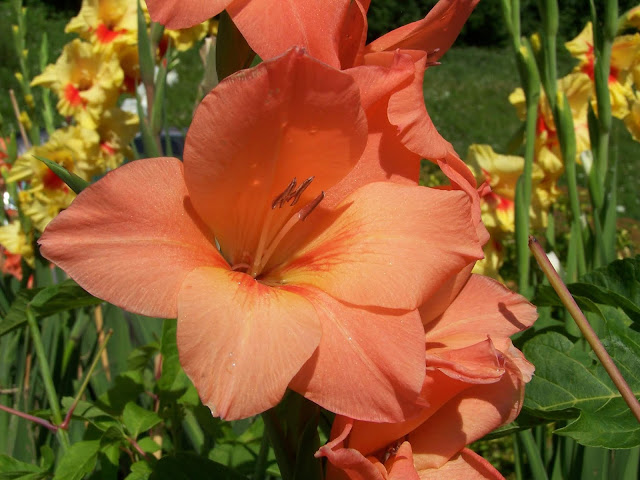 that had taken place over the years.  In telling of this real life story I will use a fictitious name for my friend in protecting his identity.  For the readers here, before entering into the realm of farm life, perhaps one should question whether to read this or not.  Please in fact refrain yourself from this written material if you have a queasy stomach in relationship to animal waste. 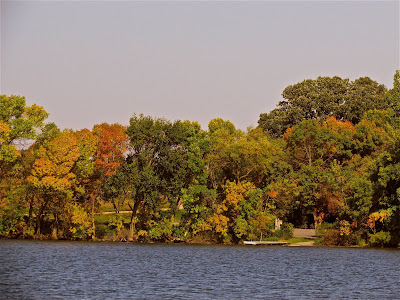 When young, I would go out to the country at times to get away from the city life by returning to the beauty of nature that is found in the wild.  One such country event was set before me during a warm summer weekend.  My friend from high school had invited me to his farm to go swimming.  I was looking forward to arriving at his parent’s farm, which bordered on a lake.  As I rode out into the country, I felt the July heat rush past my face and I had envisioned a long dock with which to test my running speed as I hurdled myself in the cool refreshing waters of a pristine lake.  As with some dreams they are not always as we envision them, but the secret is when you get soup instead of steak, enjoy the soup as if it were steak.

Upon arriving at the farm I found my school friend Bill chasing the cows out of the barn after milking.  I stood there watching the trotting bovines rush out to the pasture, and as one hurried by me, I could hear a steady stream of gas finding its way out of the rear end of this speeding zephyr.  I chuckled to myself thinking, and yet wondering, we were told in school that cows could not do that, and yet here was an animal that was defying all the academics and their lectures on animal husbandry. 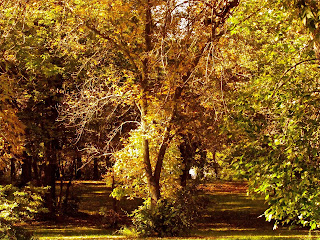 Looking up, I could see my friend Bill waving at me with delight seeing that I had indeed arrived. Looking over the barn door at the roofline, I could see that the barn itself was leaning dangerously to one side.  That made each door on the barn sag the opposite direction.  Bill obviously could see the concern on my face and noticed that I was eyeing the barn very closely.  He then began to laugh and said that his dad’s barn was the only one that went south for the winter.  I chuckled a little nervously when he then began waving me towards the barn. As I walked in I could see something that I had never saw before, calves looking through the windows to my right and left.  What drew me to them was that the windows were about my shoulder height and my first reaction was that I wondered how calves could have such long legs.  No sooner than when I entered the barn I noticed that the calves were almost kneeling down to look out the windows.  I thought that the windows themselves were awfully close to the existing floor until I saw that the calves were indeed not standing on the floor, but on hardened manure.  My logic was reinforced by the tell tale signs of aromas charging into my nostrils.  In amazement I looked over at Bill and he let out a belly laugh that seemed to frighten the calves nearby.  “Dad told me that I had to clean out the stalls before going swimming, do you mind helping me?”  I was stunned by what I saw before my eyes, which made me very saddened by what I perceived as the poor calves meager existence.  I proceeded to watch them as they nuzzled the ceiling beams just over their heads.  Feeling an intense sadness for my bovine friends, I gave in to him and ignored my rising anger and said, “Of course Bill!”

I found that I wasn’t dressed for the job before me so I tried futilely to dance around the more squishy deposits found on the bottom layers of the manure.  My friend just laughed as he watched me move left and then right trying avoid the falling remains of processed meals once enjoyed by our bovine friends.  As I lifted the pitchfork into the spreader outside the barn door, Bill started to tell me about his uncle who left the manure in his barn so long that it bent the pitchfork tines when he tried to extract it from the barn. He went on to say that his uncle was left with only one choice after that.  My interest at this point was peaked since we too were going through the same dilemma as his uncle.  I asked him, “What did your uncle do?”  Well, Bill then stopped his work, smiled at me said matter of factually, “He took his plow and backed it into the barn and dug down into the hardened remains and pulled the manure right out of the barn.”  What seemed funny to Bill was not what I was feeling at the moment.  Bill’s dad had small stalls and would not afford a plow to enter the barn without taking out the door, walls and perhaps the whole barn with it.  I then resigned myself to the fact that this job was going to take much longer than first thought.  As I looked over at the immensity of the barn, I wondered, “If one were to remove all the excrement from the barn, would it still stand on its own accord, or would it indeed travel the rest of the way south until it was level with the ground?” 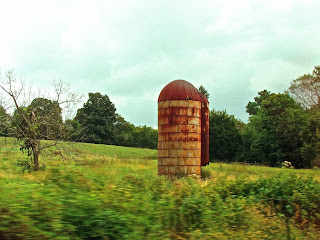 When the job was complete, I looked down at myself in dismay, but there was one consolation for myself at this point, that I had driven my motorcycle to the farm instead of using my parent’s car.  If it had been my folk’s vehicle, I don’t think they would have ever have allowed me to drive their car again, or possibly for them as well.
Posted by August Thurmer at 1:41 PM 1 comments