When Children Teach Their Parents

When Children Teach Their Parents

Our family attended a musical recently of the “Beauty and the Beast” at Disney World.  We were seated in the front, in the handicap section right in front of the stage.  As I sat there, I noticed that many individuals had various illnesses.  It appeared that a family in front of us had a little girl who was 6.  Abby had struck up a conversation with her and I noticed Abby was telling her how much she liked her dress.  The little girl was shy and smiled almost reluctantly.  There was no wheel chair so I assume it was some other reason why they were seated in our section.  Then it came to me; I believe they were a part of “Make a Wish Foundation.”  Children who were seriously ill or terminally ill are given the means to go to the place of their dreams.  I watched Abby make this little girl feel very special and I was overcome with gratitude seeing this dialogue-taking place between these two little girls.

Since there was about a half hour before the performance began, I looked around at the people surrounding me.  One set of parents had a mentally handicap son who was absolutely filled with joy at being able to see this upcoming event.  His parents listened to all he had to say and they in turn listened to their son when he carried on a conversation with the attendant who was speaking like Mickey.  It made the young man laugh and laugh.  The mother of this young man started a conversation with an older lady who was also mentally handicap.  They both were gentle souls that enjoyed each other’s company.  I felt very privileged to be there among them.

What made me even more joyful was an older man wearing an Air Force hat.  He was in a wheelchair and he sat by himself.  At first I felt sad that he had no one to share his joy with in seeing the upcoming play.  Later I would come to realize that I was wrong in my assessment though.  What he did next surprised me very much.  This man turned around and asked the little girl Abby was speaking to if she wanted a lollypop, she reluctantly took it and then she smiled.  He then offered some to the adults around him and they in turn smiled and received his gift as well.  Then he looked up at Abby and Will and asked if they would like some.  Both of our children eagerly accepted his gift.  When the musical began this gentleman raised his hands high in the air and began clapping very loudly.  The rest of us in the audience saw this and did the same.  Each time he clapped for the actors and actresses, the audience fell into sync with him.  We felt this man’s exhilaration and joy and it made the rest of us more excited as ever.  Then it came to me, he was not alone, he had the whole audience with him, including me.

I was not done being surprised though.  When the performance was over, Will said, “Daddy, I want to thank that man for his gift.”  I found myself stepping back to allow Will to pass when I saw Abby pressing by me heading in the same direction.  I could not hear their conversation, but everyone was smiling, including myself.  God was teaching me through children about kindness, respect, and thankfulness.  I was a very humbled father when walking out of the musical.  I realized when leaving that I saw much more than a performance that day, it was life at its best. 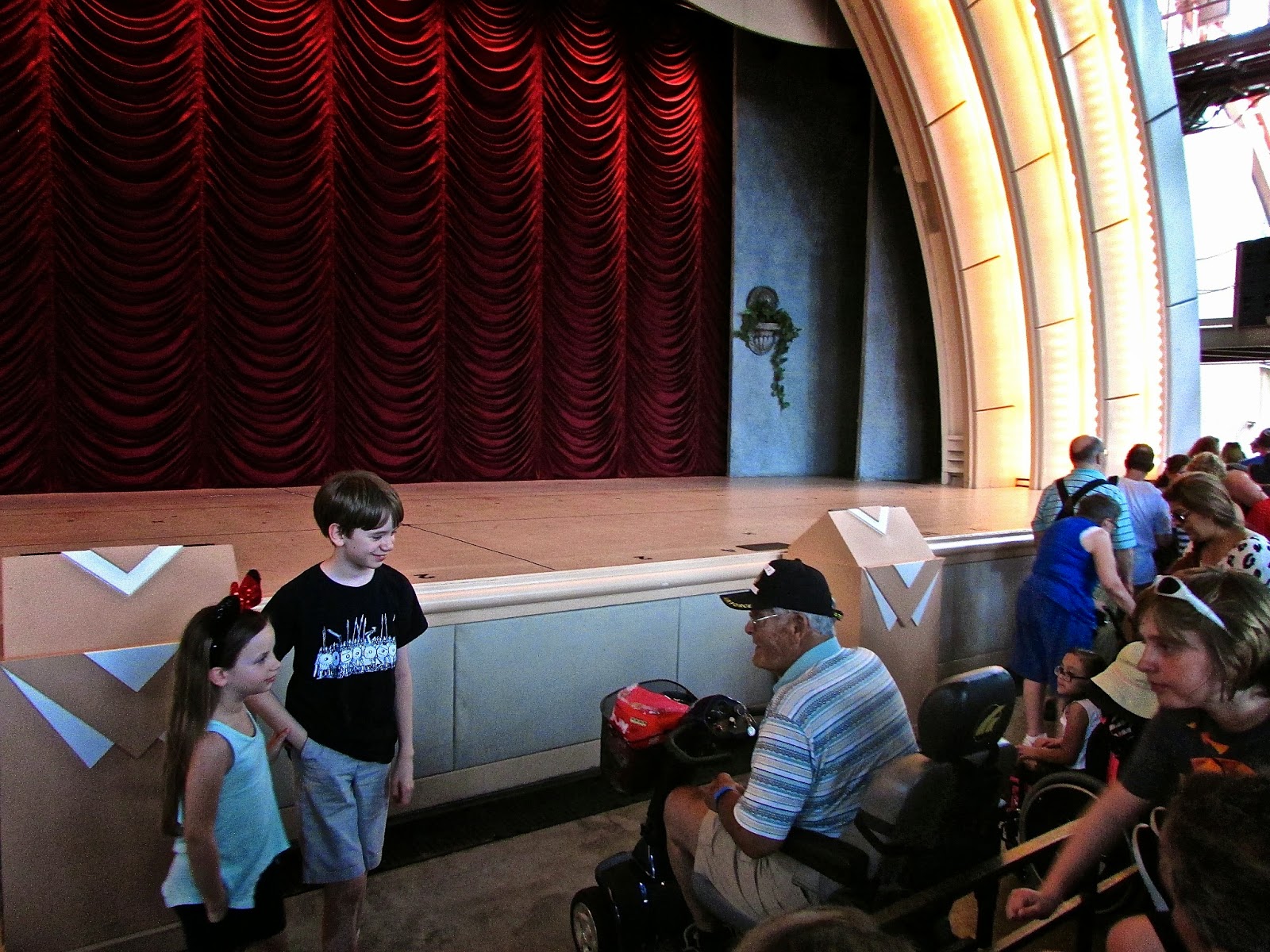